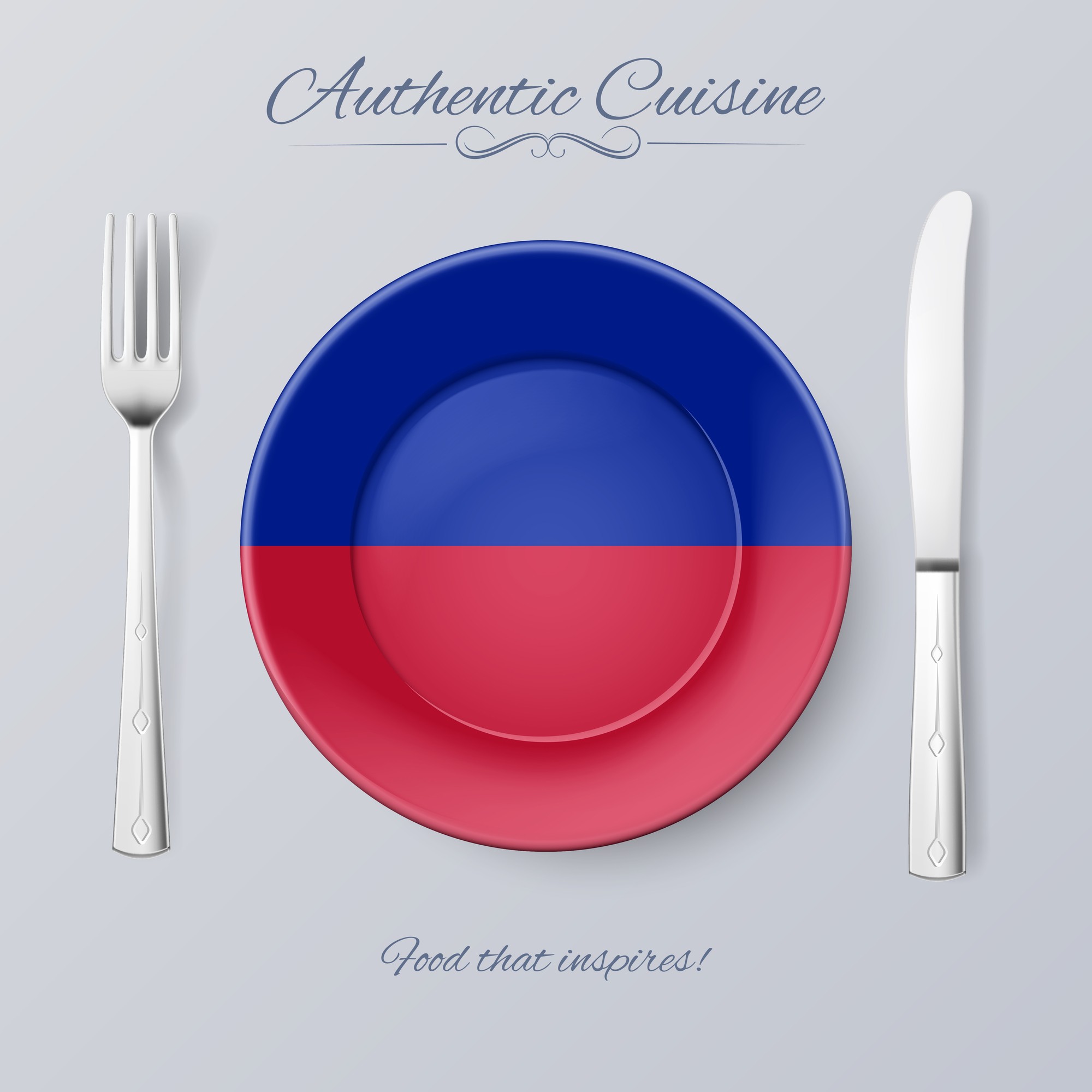 Haiti is a Caribbean country located on the island of Hispaniola. Its history and people are steeped in diversity, independence and resourcefulness, so much so that these qualities and virtues trickle down to every detail in their lives—most importantly, their cuisine.

Pre-colonial Haitian cuisine was similar to its neighbors in the Caribbean and Latin America, but also takes inspiration from Africa and Taíno natives. The prime example of food from this era is barbecue—derived from the Spanish word barbacoa, meaning “framework of sticks”—referring to the array of metal sticks used to cook the meat.

Haiti was colonized by Spaniards in 1492, then the French in 1625, until the successful Haitian Revolution that ended in 1804. The impact on Haitian cuisine was significant. The flavor and simplicity of Haitian food remained intact, but the cooking techniques were influenced by Spanish and French cuisine. The European colonists also brought with them food and cash crops such as oranges, sugarcane, coffee, rice, and cacao, and these crops became well-integrated into Haitian food and agricultural industry.

Haitian cuisine, in summation, draws its charm from a distinct, balanced mix of simplicity and sophistication.

Haiti is primarily an agricultural country, but although the industry employs 66% of the working population, resources are scarce and weather conditions are harsh. The Haitian landscape is mountainous, and the farmable land is only 25% of the country’s total land surface. Haiti is also prone to soil erosion, floods, droughts, and other natural disasters.

Domestic agriculture only provides 46% of the nation’s food requirements. In most countries, what cannot be provided for by crops is compensated for by livestock; however, animal agriculture and livestock took a hit during the 2010 earthquake and have struggled to thrive in the subsequent conditions. As a result, Haiti imports 88% of its food from neighboring countries such as the Dominican Republic and the United States. Despite this, more than 38% of the population struggles with food insecurity, and 25% of the Haitian children are malnourished.

Today, Haitian farmers are lobbying for domestic and international support and pushing for agricultural reform. Meanwhile, many Haitians have adapted. Scarcity has shaped the way they eat; they have learned to live with and subsist on very little. Because of this, most Haitian farmers focus on cultivating food staples such as maize, bananas, plantains, rice, and beans. The simplicity of these ingredients reflects the simplicity of their food, and it is particularly evident in their popular dishes.

Haiti is a tropical country, and its drink options often include tropical fruit juices and alcoholic drinks. An especially noteworthy alcoholic drink is Rhum Barbancourt, a type of rum made from sugarcane, best served with ice and lime. The robust domestic production of sugarcane, combined with the company’s extraordinary formulation, makes Rhum Barbancourt a USD$20 million per year industry. Another example of Haitian beverage is its homegrown Prestige beer, an award-winning American-style lager, brewed and bottled in Haiti and exported to the United States and Canada.

“You are what you eat.” Perhaps there is some truth to the old cliché. Not in the direct, straightforward sense that you become what you eat, but in the idea that the food the land gives you and what you choose to make from it defines you. Haitians had a bad start and their luck hasn’t improved; a series of misfortunes—uncooperative climate and geography, the European colonization, and the 2010 earthquake—forced them to make bad starts over and over, but start again, they did.

From a Westerner’s perspective, Haitian cuisine seems visually plain. It doesn’t have the finesse of the French, nor does it have the minimalism of the Japanese. Food as an art form is a luxury that Haiti cannot afford, but the food in Haiti serves something so easy to digest—an appropriate testament to its people. At the first glance, it is simple enough that it borders on gastronomically pedestrian, but at the first taste, it is exotic, bold, and packs a punch.