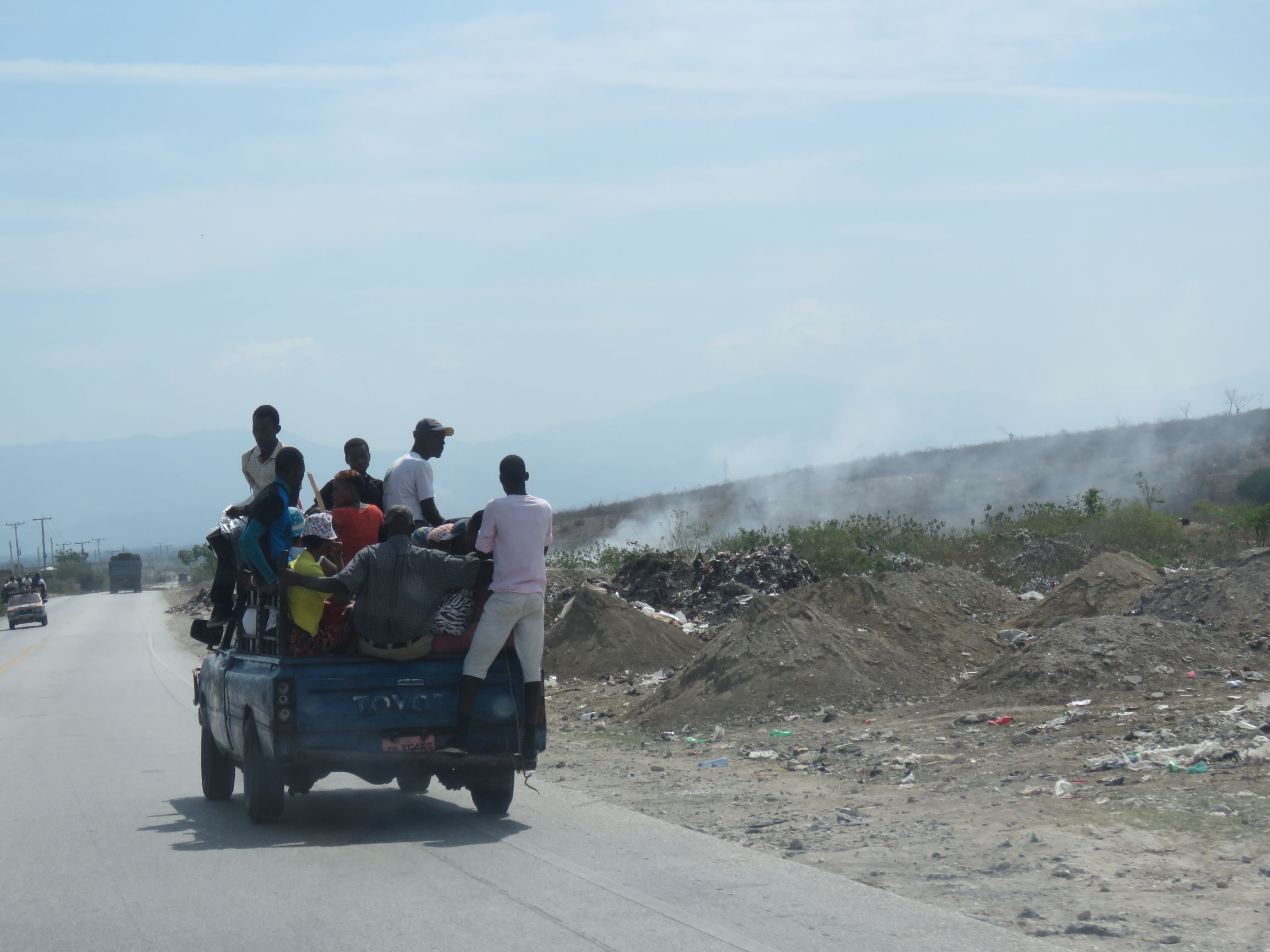 Haiti is a country on the island of Hispaniola, which it shares with the Dominican Republic, among the islands of the Greater Antilles archipelago located in the Caribbean Sea. It has a mountainous terrain marked by narrow coastal plains and river valleys. Haiti’s capital is Port-au-Prince, lying on the edge of the bay at the center of the country.

Although Haiti is considered one of the world’s poorest countries, it boasts a viable tourist industry due to its friendly people, rich history and culture, and natural wonders. Visiting these tourist spots entails use of Haiti’s transportation system.  Here are some ways of getting in and around the country.

The main entry and exit point into the country is the Toussaint Louverture International Airport. Some smaller cities outside of Port-au-Prince also have less accessible airports used by regional airlines and private aircraft; examples of these cities are Jacmel, Jérémie, Les Cayes and Port-de-Paix. There are fluctuations in the airfare rates for flights inside Haiti, depending on the season and airline, but these are usually between $125 to $132.

There are two main highways running from one end of the country to the other – the northern highway or Route Nationale No. 1 and the southern highway or Route Nationale No. 2. These two highways link and wind through different coastal towns and port cities of Haiti. Using these highways and secondary roads, travelers can opt for different modes of transport such as cars, taxis, taptaps, camionnettes, buses, and moto-taxis.

Since Haiti has a low rate of car ownership, it may be difficult to borrow a car or request a ride from a Haitian friend or acquaintance. It is estimated that there about 12 motorized vehicles per 1,000 people in Haiti. However, rental cars in the form of sport-utility vehicles (SUVs) and pickup trucks are available. These cars can be rented via rental car companies such as Hertz and Avis from the airport or in major cities.

Regular rental car rates start around $29 per day while SUVs and luxury vehicles can command prices between $39 and $183 per day, respectively. Visitors with adventurous spirits but tight budgets can still get around Haiti using one or more of the public transport modes listed below.

Two cities have reliable operations of taxis called publiques; these are Port-au-Prince and Cap-Haïtien. To the untrained eye, these taxis may be hard to differentiate from other worn-down cars on Haiti’s roads. In order to be distinguished as a taxi, operators hang red ribbons from the front mirror and display license plates starting with ‘T’. Fares start from $0.70 with some taxis having fixed routes. A taxi can usually accommodate two passengers on the front seats and four passengers on the back seats.

Taptaps are vehicles smaller than regular buses and are converted from pickup trucks to carry passengers along Haiti’s roads. Most of these vehicles are brightly painted and creatively designed. They are called ‘taptap’ for the sound passengers make by tapping coins on the steel bus body to let the driver know when they want to get on or off. Taptaps can usually be found in terminals where they fill with passengers before leaving for their destinations. Seating arrangements inside the vehicle may be very crowded at times. Taptaps are used mainly for short trips and fares are set at around $0.25.

Yellow buses are modified school buses, thus the yellow color. They are mostly used for long-distance travel. There are terminals around Port-au-Prince and other major cities where yellow buses wait for passengers, but they do not run on schedule; buses only leave terminals when full of passengers.

These buses charge slightly higher fares than taptaps. There are selected areas in Port-au-Prince where modern buses operate. Examples of these new bus lines are Caribe Tours and Terra Bus, traveling a route from Port-au-Prince to Santo Domingo in the Dominican Republic. Buses leave Santo Domingo at 11 a.m. and charge $40 one-way. Passengers must also pay border fees.

Moto-taxi (or motorcycle taxi) is the easiest and fastest way to get around towns in Haiti. Passengers just hop on to the back seat of motorcycles, or moto, that display the appropriate transport license plates. Aside from the license plates, drivers may wear colored bibs to be distinguished from other commuters. Drivers do not provide helmets for passengers, but remote rough roads in Haiti do not allow for much speeding by motorcycle anyway. Fares are usually below $0.75 but may increase markedly, depending on the distance traveled.

Port International de Port-au-Prince, the port in the capital city, and Port of Saint-Marc are the two main seaports of Haiti. They serve as hubs for transportation of goods to a host of other Haitian cities. There are islands that are only accessible by boats such as Île de la Tortue, Grosse Caye, and Île de la Gonâve. Also, most of the coastal towns are accessible mainly by small sailboats. Compared to that of land transportation, small boat fares are usually cheaper.

Boat fare from coastal towns could be lower than $0.25. However, rates for a boat trip to islands such as Grosse Caye could vary from $30 to $40.

Haiti has a rich and colorful history, friendly people and less-traveled natural landscapes that are waiting to be rediscovered by new residents and tourists alike. Adventurous travelers have multiple options for transportation in Haiti. There are flights, boat trips, and several land transport modes as described above.