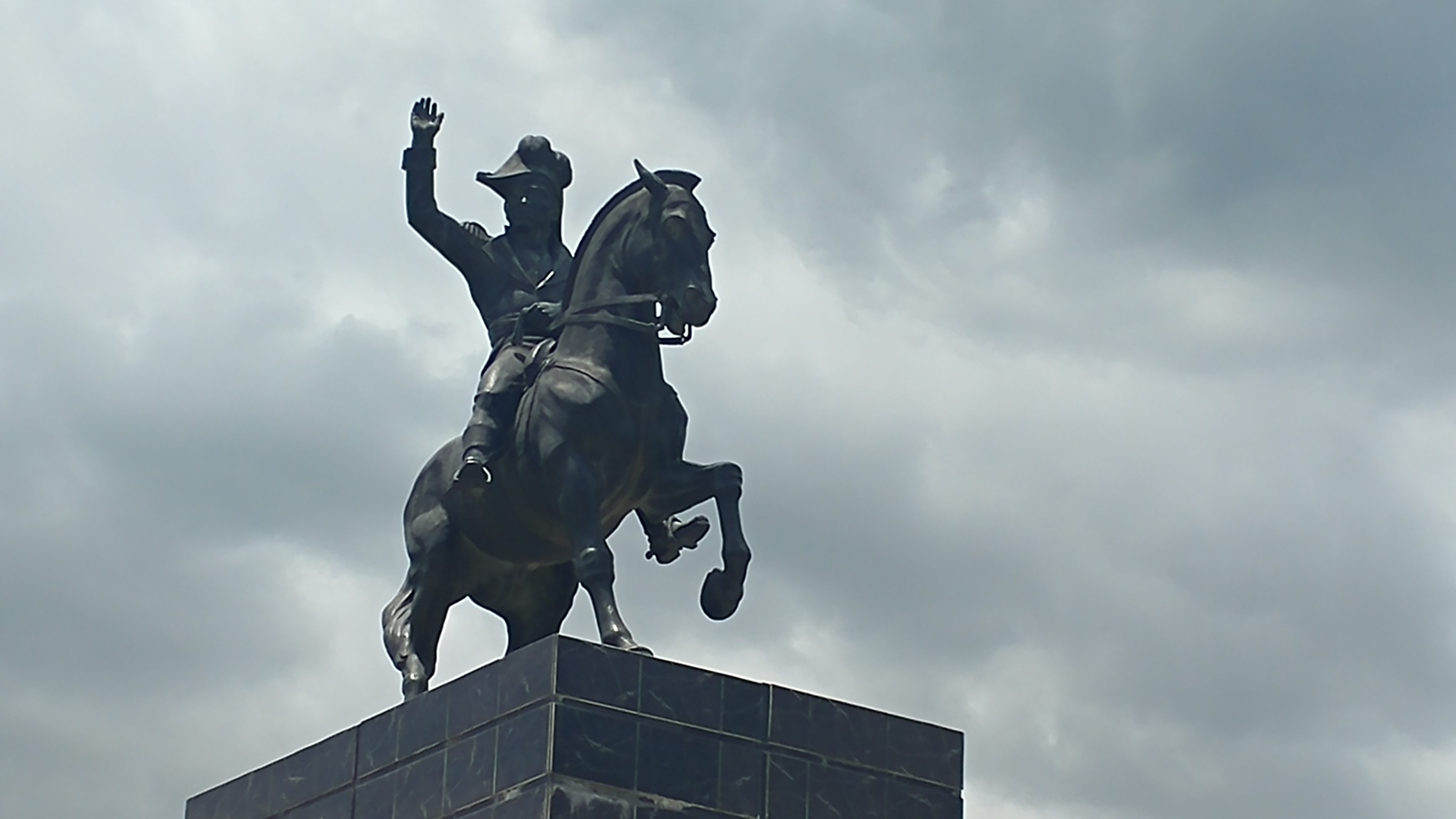 Haiti is rich in history. One place you may want to check out when you’re in Haiti is the statue of Jean-Jacques Dessalines. It’s located in Port-au-Prince and is worth the time to see it.

Jean-Jacques Dessalines: An Icon of Haiti

Jean-Jacques Dessalines was the leader of the Haitian Revolution and became the first ruler of independent Haiti under the 1805 Constitution. He is known as the founding father and liberator of Haiti.

He was born September 20, 1758, on a plantation. There, he was a slave of a Frenchman named Henri Duclos and worked in the sugarcane fields, where he rose in rank from a field hand to a foreman until he was about 30 years old. At the time, he was known as Jean-Jacques Duclos. He was assigned his last name based on his master, as was customary among slaveholders. Then, he was bought by a free black man named Dessalines. Jean-Jacques’ surname was changed again. From what we know, Jean-Jacques’ master proved to be cruel and brutal. He worked for this man for about three years until the slave uprising of 1791.

In 1791, Jean-Jacques Dessalines joined the slave rebellion led by Jean-François Papillon and Georges Biassou. This uprising was the first step of what would eventually become the Haitian Revolution. It was during this time that Jean-Jacques Dessalines met military commander Toussaint L’Ouverture and served as a lieutenant under his command.

After the battle, Dessalines became disappointed with L’Ouverture’s leadership and briefly sided with the French. This may have caused L’Ouverture’s capture and arrest in 1802. However, when it was clear that the French intended to reinstate slavery, Dessalines switched sides again. This time, he commanded rebel forces against the French. In the course of several victories, Dessalines’ coalition of blacks and mulattos was successful in forcing the French to surrender and leave the island.  In 1804, he renamed the colony Haiti and declared himself emperor.

Haiti had become the first black independent republic in the world, and as emperor, Dessalines wanted to make sure it stayed independent. He made every effort to keep the sugar fields and plantations running without slaves. As a slave who had worked under a master for thirty years, Dessalines did not trust the white French people. Between February and April of 1804, he ordered the death of over 5,000 white Haitians, regardless of age or gender. This was known as the 1804 Haiti Massacre. During this time, he also forbade whites to own land or property and declared Haiti an all-black nation.

Dessalines tried to improve Haiti’s economy. He demanded that all his people work as soldiers to help protect the country or laborers in the field to continue to generate income for the country. But he was strict, and many of the citizens felt as if they had once again been enslaved.

On October 17, 1806, while Jean-Jacques Dessalines was still the Haitian leader, he was assassinated during a revolt near Port-au-Prince. The circumstances of his death are uncertain. Although he was detested by generations of Haitians for his tyrannical ways, by the beginning of the 20th century, Dessalines was reassessed as an icon of Haitian nationalism. Today, he is a figure of pride for Haitians and the anniversary of his death, October 17, has become a national holiday in Haiti.

Dessalines was the great-grandfather of Cincinnatus Leconte, who served as President of Haiti from 1911 to 1912.